Soon to be released…my very first battle scene available for sale! The details are intense, as well as the colors, textures, and content; just have a look for yourself! 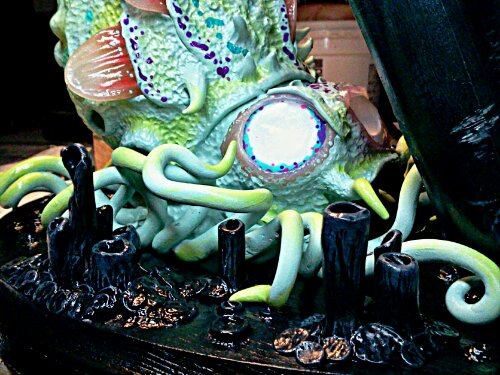 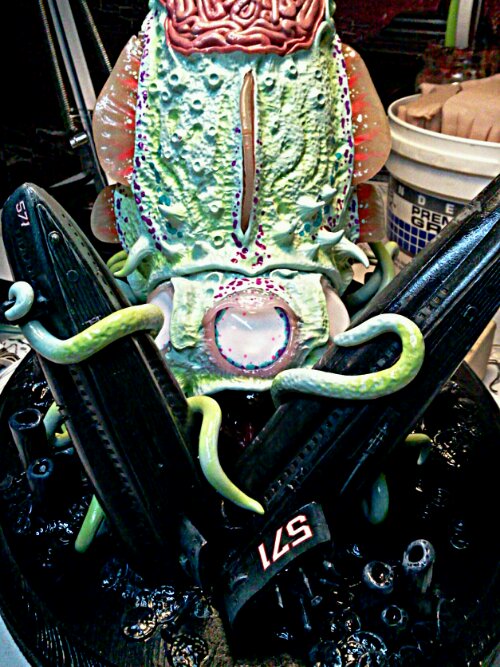 Notes about the Submarine:

” *USS “Nautilus” (SSN-571)* is the world’s first operationalnuclear-powered submarine. She was the first vessel to complete a submerged transit beneath the North Pole on August 3, 1958. Namesake of the submarine in Jules Verne’s “Twenty Thousand Leagues Under the Sea”, and named after another “USS Nautilus” (SS-168) that served with distinction in WWII, “Nautilus” was authorized in 1951 and launched in 1954. Because her nuclear propulsion
allowed her to remain submerged far longer than diesel-electric submarines, she broke many records in her first years of operation, and traveled to locations previously beyond the limits of submarines. In operation, she revealed a number of limitations in her design and construction. This information was used to improve subsequent submarines.”